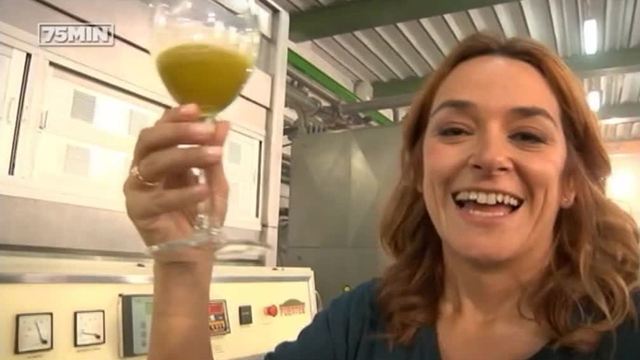 What is the Present Progressive in Spanish?

How do we talk about an action in progress in Spanish? We use the Spanish present progressive tense, which we'll explore in this lesson.

So, when exactly do we use the present progressive tense in Spanish? And, what's the difference between the simple present and the Spanish present progressive? This can be a bit confusing since there is some overlap in terms of their English translations at times. Let's take a look:

What are you doing here? -What do you mean, what am I doing? I'm running.

And on Saturdays and Sundays, what do you do?

That said, if you really want to emphasize and/or remove any doubt that an action is in progress or happening at this moment, it's necessary to use the Spanish present progressive:

Silvia, what are you doing? -I'm cooking.

In fact, this last caption is from a video by El Aula Azul that simply and clearly demonstrates the difference between the simple present tense and the present progressive tense in Spanish.

How to Form the Spanish Present Progressive

Tú estás (You are)

Él/ella/usted está (He, she is/you are)

Vosotros/vosotras estáis (You are [plural])

To form the gerund for regular -ar verbs, we'll take the verb's stem (the part before the -ar) and add the suffix -ando. For example, for hablar (to talk), we take the stem habl- and add -ando to get hablando. Let's take a look at a few examples of regular -ar verbs in the present progressive tense in Spanish:

So, right now, you see? He's talking to his mom on the phone.

Um... I am looking for Milagros.

We are walking here on Bleeker Street

Conjugating -er  and -ir verbs in the Spanish Present Progressive

Conjugating regular -er and -ir verbs in the present progressive Spanish tense is just as easy! Simply take the stem (remove the -er or -ir) and add the suffix -iendo.  Thus, for correr (to run), we have corr- plus -iendo to get corriendo, and for vivir (to live), we take viv- plus -iendo for viviendo. Let's look at a few more examples:

Why are you eating garbage?

Where are you selling oil?

Irregular Verbs in the Present Progressive in Spanish

1. -Er and -ir verbs with a vowel before the ending

Verbs with the endings -aer, -eer, -oir, and -uir change from -iendo to -yendo in the Spanish present progressive. Here are some examples:

Interestingly, the present progressive form of the verb ir (to go) is also yendo:

Sí, me venía a despedir porque ya me estoy yendo.

Yes, I came to say goodbye because I'm leaving now.

3. Stem-changing verbs in the present tense (-o to -ue)

On the other hand, verbs that change from an -o to a -ue in the simple present often change from an -o to a -u in the Spanish present progressive while maintaining their regular ending (-iendo). Examples include poder ("to be able," which morphs into yo puedo, tú​ puedes, etc.), dormir (to sleep," which becomes yo duermo, tú​ duermes, etc.), and morir ("to die," which transforms to yo muero, tú​ mueres, etc.). Let's look:

poder: pudiendo (to be able/being able)

4. -Ir verbs that change from -e to -i in the simple present and end in -eír

Verbs in this fourth category also change from -e to -i in the simple present (e.g. reír, or "to laugh," becomes yo río, tú ríes, etc.) but also have an -e before the -ir ending. In this case, the -e is dropped, while the ending -iendo is maintained, as follows:

Let's conclude today's lesson by looking at an example from each of the aforementioned categories of irregular present progressive verbs in Spanish:

They're building the entry gate to the donkey sanctuary.

That woman is lying to us and I want to know why.

Aldo, your brother is dying, and the only thing that interests you is the inheritance!

He's laughing at all of us.

That's all for today. For more information on the present progressive Spanish tense, check out our latest video from El Aula Azul on that very topic! And don't forget to leave us your suggestions and comments. 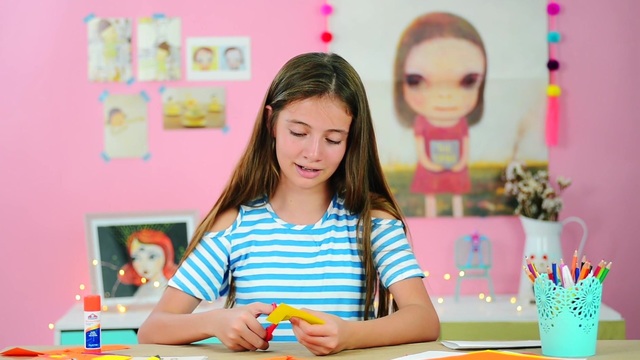 Conjugation of ir verbs in simple present, past and future

We know we have a regular verb when the verb stem doesn't change once it is conjugated. Do you want to see how that works in the simple present? Let’s use the verb abrir (to open) for this:

You open the diamond, and the top point you fold downwards.

Now, let’s see how to conjugate a regular '-ir' verb in the simple past. Let's take the verb escribir (to write):

It is worth noting that for the first person plural (nosotros), the conjugation of the verb is exactly the same in both the simple present and the simple past:

...but when we write these two words.

Now, let’s take one of the most common verbs in Spanish in order to see the conjugation of a regular ‘ir’ verb in the simple future:

...and that we will live in a nice home.

Unlike the simple present and past, the conjugation in the simple future leaves the verb as it is (vivir) only adding a different ending.

...or for example, in flamenco one claps like this.

From one minute to another, she decided to stay in Bogota.

Girl, you know that I don't argue with rookies after noon.

We increase the temperature of the tank to eighty degrees.

You suffer, you scream, nobody gives you anything

That’s it for this lesson. Now that we have covered all the three groups of regular verbs, go ahead and try to write some sentences with verbs ending in -ar, -er and -ir. And don’t forget to send us your feedback and suggestions. 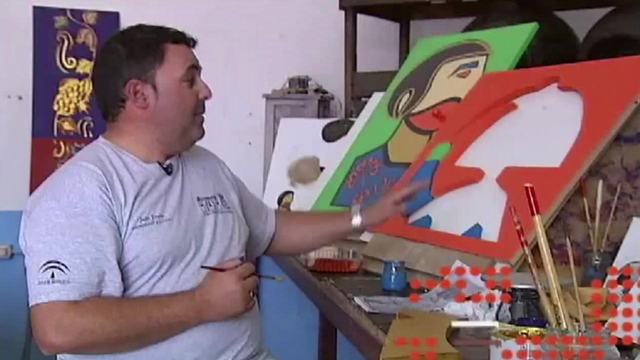 Before that, however, let’s keep in mind that regular verbs are formed using the following formula: verb stem + infinitive ending. Let’s look at some of the most common regular ‘ER’ verbs in Spanish:

Conjugation of er verbs in Spanish

A verb is considered regular when the verb stem doesn’t change from the infinitive form to the conjugated form of the verb. Let’s take the regular verb aprender (to learn) and see its conjugation in the simple present. Notice how the stem stays the same but the endings vary:

Here they learn to design and make decorations.

Now, let’s take the regular verb comer (to eat) and see how the conjugation works in the simple past:

We went for a walk, we ate an ice cream.

Let’s use a different verb to see the conjugation of a regular ‘er’ verb in the simple future. Let’s take the verb vender (to sell):

Tomorrow, I will sell my house.

Let’s finish this lesson by learning more verbs with these 5 sentences using er verbs in Spanish:

She ran to the door and when the prince tried to follow her...

Yesterday I promised you that today we would learn "to advise,"

But they are not afraid of anything.

That’s it for this lesson. Now, a final challenge: Take one of the sentences we just mentioned and try to change it using a different person and a different verb tense. And don’t forget to send your feedback and suggestions. 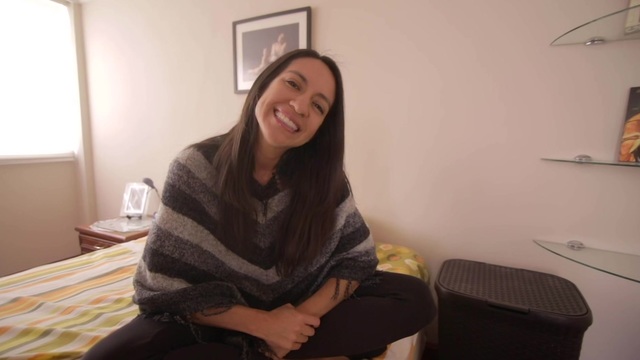 Likewise, each infinitive verb is formed using the following formula:

Let’s look at some of the most common regular ‘AR’ verbs in Spanish:

What makes a verb regular?

A verb is considered regular when the verb stem doesn’t change from the infinitive form to the conjugated form of the verb. Let’s take the regular verb hablar (to speak) and see its conjugation in the simple present. Notice how the stem stays the same but the endings vary:

Yo hablo (I speak)

... or when my students speak Spanish.

Now, let’s take the regular verb comprar (to buy) and see how the conjugation works in the simple past:

Yo compré (I bought)

Do you remember the gift that I bought? -Mm-hm.

Let’s use a different verb to see the conjugation of a regular ‘AR’ verb in the simple future. Let’s take the verb estudiar (to study):

Yo estudiaré (I will study)

Tú estudiarás (You will study)

The Fisheries Commissioner says that she will evaluate the way to pay that compensation.

Do you want to know more regular ‘AR’ verbs in Spanish?

Take a look at the following list featuring some of the most used 'AR' verbs in Spanish:

Now I can sing.

In this example, the speaker also uses another -ar verb in Spanish: disfrutar (to have fun/to enjoy).

Bajar (to go down)

And now, I am going to go down.

He began to walk with no particular destination in mind.

I have to answer this call.

I love to rest a little bit after work.

to enter into new markets.

Escuchar (to listen to)

Take some time to listen to,

Now I just have to clean my nightstand.

Now, a final challenge: take one of the verbs we just mentioned and try conjugating it in simple present, past and future. And don’t forget to send your feedback and suggestions.

Is Agua Masculine or Feminine?

How to Say "Cool" in Spanish